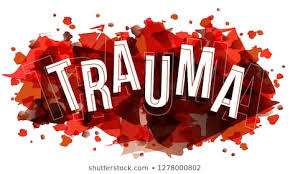 Craniofacial regeneration is necessary following injury to the facial tissue. This can occur during surgery, where doctors fracture the face of a patient in order to correct craniofacial abnormalities such as cleft lip, Apert syndrome, Treacher Collins syndrome, Oligodontia, Cherubism, Crouzon syndrome, Pfeiffer Syndrome, Craniosynostosis, or Goldenhar Syndrome. Other applications include corrections to birth defects (such as hypertelorism), maxillofacial surgery, craniosynostosis, rare craniofacial clefts, or removal of tumors. This regeneration can also be necessary following trauma to the face, most often due to automotive accidents.

Craniofacial defects are most common congenitally (present at birth), with an estimated prevalence of 1 in 700 live births (270,000 children per year). Common corrective procedures include intracranial surgeries (making room for brain growth through skull expansion), Cleft palate surgeries (repairing a gap in the roof of the mouth), and Cleft lip surgeries (closing a gap in the lips).

Most patients who suffer from craniofacial abnormalities have a normal life expectancy, but symptoms are often present throughout the patient’s life. Common symptoms and features of a craniofacial defect include abnormal cranial morphology, difficulty in cranio-related functions such as breathing, hearing, swallowing, or speech, or facial paralysis.

In the 1970s, mesenchymal stem cells (MSCs) were discovered by A.J. Friedenstein. Mesenchymal stem cell research has yielded the most promising results for craniofacial regeneration, as MSCs can be found in many types of postnatal tissues, including orofacial tissues. Alginate hydrogel, which contains nerve growth factor, has been used to deliver stem cells to tissues during regeneration.

BMMSCs have been reported to repair craniofacial defects. In 1994, it was demonstrated that when BMMSCs were grown in culture with dexamethasone, ascorbic acid 2-phosphate, and inorganic phosphate, they differentiated into functional osteoblast-like cells. However, when challenged in vivo, it was reported that only “a little over half” of the mice with the differentiated BMMSCs showed potential to develop bone structure. Developments in BMMSCs application to bone repair have nonetheless been proven successful in many animal models including canines, mice, and sheep.

AMCs have also showed promise in craniofacial bone regeneration. In 2014, George K. Sándor performed a small size clinical trial (n = 13) on patients with craniomaxillofacial defects where AMCs were transplanted with scaffolds of either bioactive glass or β-tricalcium phosphate in an attempt to reconstruct the defect. β-tricalcium phosphate scaffolds are characterized by their porous three-dimensional synthetic scaffold structures that stimulate growth, migration, and differentiation in human cells leading to bone reparation. This study saw 10 out of the 13 patients successfully integrate the AMCs and scaffolds.In 2017, the National Institute of Dental and Craniofacial Research (NIDCR) awarded $24 million to two centers focused on craniofacial disease and injury research.

These injuries happen predominantly in young males, often as a result of traffic accidents which result in 22% of all craniofacial trauma. Craniofacial injuries can result in death due to brain damage and airway blockage. Following serious injury resulting in airway blockage, the standard of care is to intubate, which involves inserting a flexible tube into the trachea to maintain airflow, followed by immediate surgical intervention (41% of injuries). Mechanical ventilation (65% of injuries), blood transfusion (28% of injuries) and tracheostomy (22% of injuries) are also common following trauma. Head injuries often coincide with craniofacial trauma, extradural hematoma (bleeding in between the skull and the dura mater), and subdural hematomas (bleeding between the dura mater and the brain). Injury to the skull included fractures of frontal bone (20.15% of injuries), sphenoid bone (11.63% of injuries), orbital roof (13.18% of injuries), and fracture of cribriform and ethmoid bone complex (13.18%) with associated cerebrospinal fluid rhinorrhea.